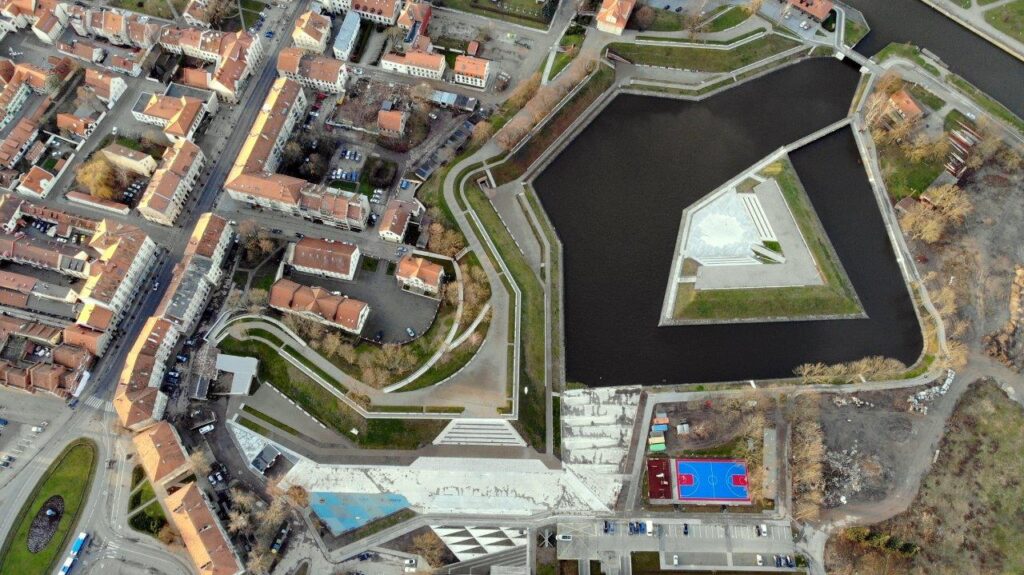 Under the guidance of the engineer Charles Rose, the city was to be encircled in the manner of Holland-type fortifications, eastward from the former church of the St. John. Moulds and bastions measuring about 3.5 metres high were formed, and outer ditches (moats) were dug.  Because of their size, the citie’s fortifications are categorized as being amongst the great royal castles. The works were finished only in the late 17th century-early 18th century. Later, the moulds were reconstructed in the mid-18th century. The fortification system of Klaipėda at the time was complex. Because the city was surrounded by bastion fortifications in the East and South and secured by the Naujoji Danė River in the North, the only access was via three gates named after their main objects. The latter two were built upon earthen ramparts.

Today, the former fortification system can be best observed at the end of Turgaus Street, from the bastions referred to in the historical records as the Geldern and Purmark. In front of the bastions,  the water-area of the defensive ditch/moat, and the only surviving ravelin can be seen.