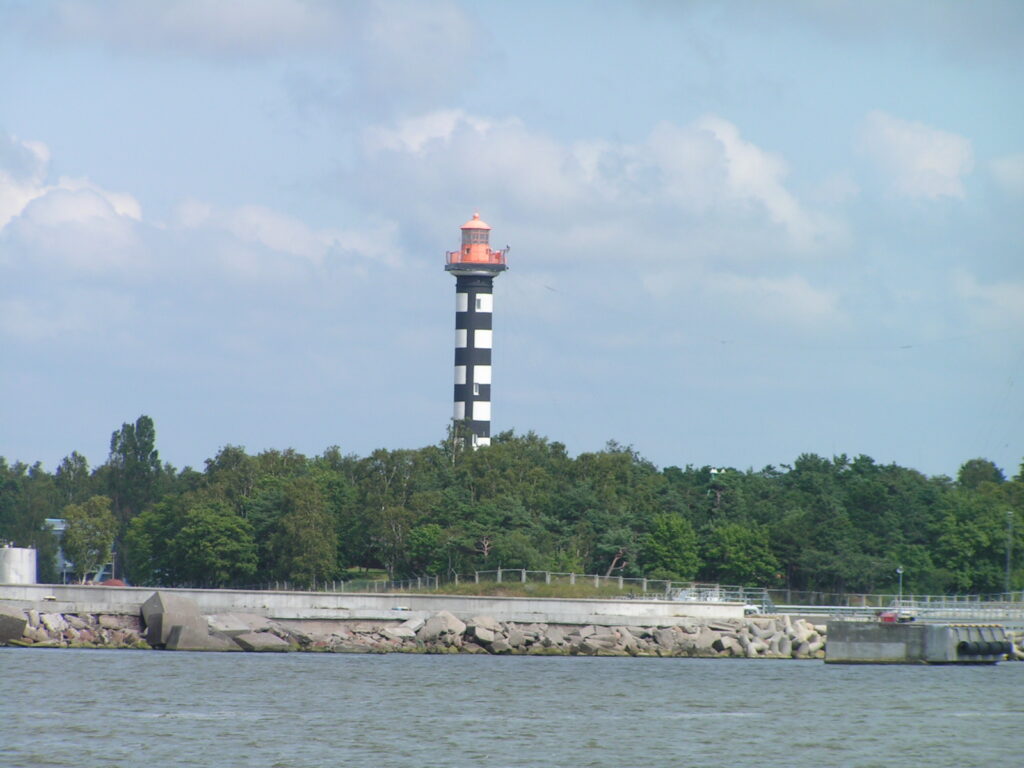 Klaipėda lighthouse is a navigational signal located in Melnragė 500 meters from the coast of the Baltic Sea. The height is 44 m above the sea level. The signal is visible for 33 kilometers.

The Klaipeda lighthouse, built on 1 September 1796, is one of the first lighthouses erected on the in the coast of the Baltic Sea the north-eastern side with the only two older ones being in Gdańsk and in Travemünde.

In 1819, the lighthouse was heightened and equipped with a new lighting system, which consisted of 13 reflectors, covered with brass polished silver plates illuminated by the 13 oil-burning lamps. Then the light of the lighthouse was outspread in the sea more than 30 kilometers.

Only a 4 m authentic base has survived until today through 200 years of its history. During the World War II, the lighthouse was destroyed. It was rebuilt in 1945. In 1953, it was rebuilt again and improved.