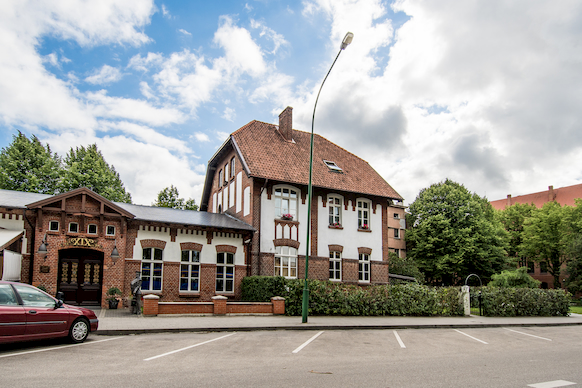 The joint-stock company „Memeler Kleinbahn-AG“ built the first 3 lines during 1904-1906. The narrow-gauge rails to the out-country were finished and started to be used on the 22nd of October, 1906.  The railway was transporting cargo and people.

During the First World War, this railway in great decline because the bridge of the Danė river was blown up.

After the war the railway rails were taken apart and the narrow-gauge railway station was used for other purposes.