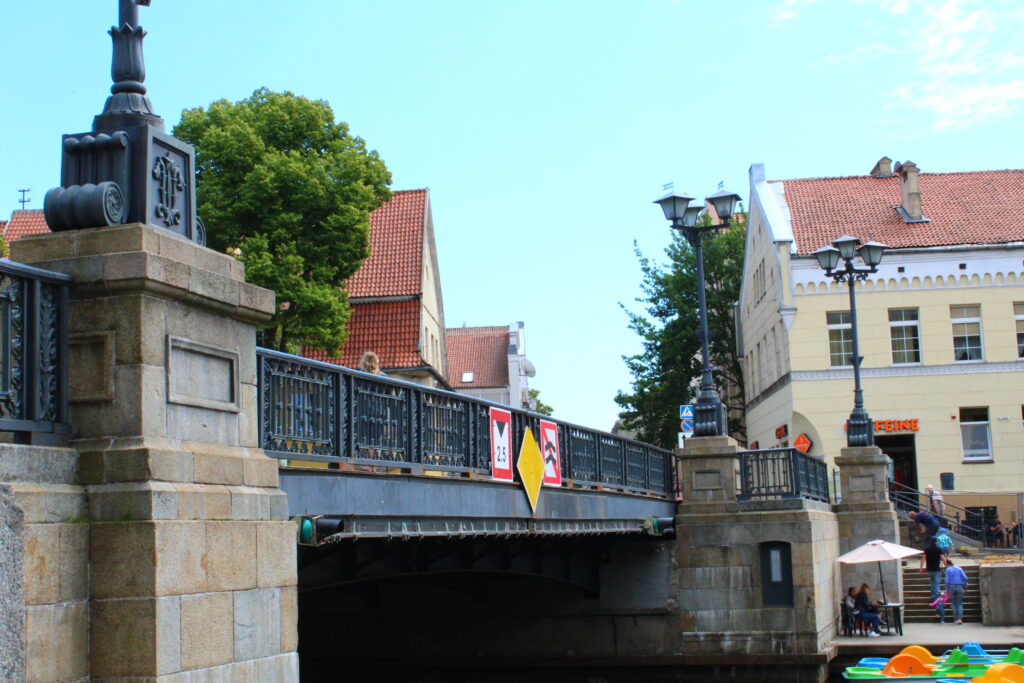 The ”Biržos” bridge is a steel bridge built through the Danė/Dangė River, between Herkaus Manto St. and Tiltų St. This bridge can be raised at an angle of 50 degrees on both sides.

In the 18th century the wooden Biržos bridge had a strategic significance: on the right bank of the river, it was guarded by poured ravelin. The bridge gave to the city considerable income: every vessel had to pay a bridge-raising fee and then a small hole was opened in the middle of the bridge that the sailing ships could move easily. Until the 19th century, it was the only transit bridge.