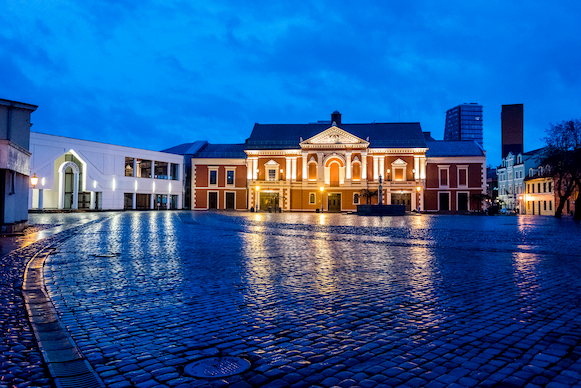 The actual date that the theatre was built is unknown. However, in city plans dating back to the 18th century, near Dane, there is a square-shaped building named “Comedy House”, which was most likely used for war purposes. It stood on government property, who paid their taxes, which means that the owner of the building was a magistrate. Some scholars claim that the theatre in the Comedy House has been open since 1777, which was later home for the Berlin theatre group. The fate of the Comedy House is unknown. In place of the current Theatre square, centuries ago, there used to be the mouth of the Dane river.

Today, there are 40 actors in the theatre. Since 1990, after 8 years of capital reconstruction of the theater building, there are two – The Main (450 seats) and The Second (150 seats) halls. The stage of the Second Hall offers unique equipment with creative opportunities for film directors.