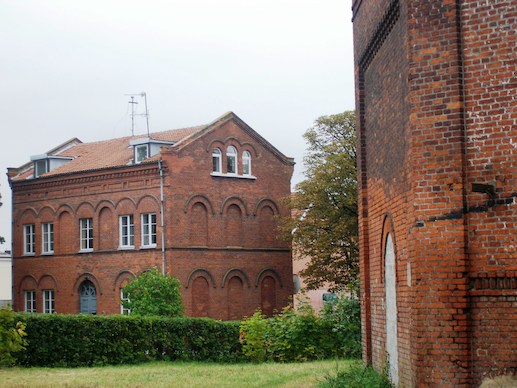 The streets of Klaipėda have only been lit since 1838, before then, the whole city was shrouded in darkness upon nightfall. After a short visit from the King of Prussia in l807-1808, a few streetlights appeared here and there, but shortly after, in 1838, Klaipėda was already basking in the night lights.
Natural gases have been used in lighting since the 18th century, but only in 1921-1923 was a railroad line built to make it easier to transport coal. The gas factory gave rise to industrial zones of the city – waterworks and various other maintenance buildings appeared soon after the gas plant. The plant complex consisted of fourteen different buildings: gas chambers, storages, distillation towers, living quarters etc.
In 1867, next to the old storage, a new one was built, where gas was stored in metal chambers, which were reverted with stone wall. These three red brick buildings are still standing.